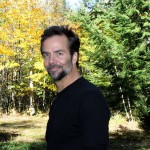 Resort Maps are colorful, hand-drawn maps of towns and cities, distributed free to area visitors at travel information and rest areas as well at advertiser locations. The Dennis-Harwich-Brewster map highlights local attractions and things to do, restaurants, accommodations, retail shops, real estate and other services in these towns. Each advertiser on the map is represented with a display ad surrounding the perimeter of the map, including a color-coded grid locator and their actual building hand-drawn, highlighted and labeled, making it easy to locate.

“The Resort Maps opportunity is a great fit for me, both professionally and personally,” said Caldwell, who is an artist and owns the Herring River Studios in Harwich. “My first objective is to incorporate more beach locations into the current version of the map and make it even more useful for travelers and locals alike.”

Caldwell holds a Bachelor of Arts degree in visual arts and environmental studies. In addition to owning a gallery, he is also a design consultant and has renovated a number of homes on the Cape. Caldwell resides in Harwich and has two sons and a daughter.

In addition to the printed map, Resort Maps can also be found on-line at www.resortmaps.com. Here you will find interactive maps of more than 100 map areas to choose from. These interactive maps allow the viewer to see the business’s advertisement and read a description of each business as they scroll over their building and to connect to the website of the business for further information.  Many of the ads will also have reviews, courtesy of Tripadvisor.com.

Businesses interested in advertising in the next edition of the Dennis-Harwich-Brewster map can call 508-237-0830 or send an e-mail to craigc@resortmaps.com..

“We publish 20 million maps per year in over 100 cities and towns for a good reason. Our maps are fun, easy-to-read and they really do entice visitors to stop and see some of the local attractions before heading to the next part of your trip. Our advertisers like the maps for that very same reason,” said Peter Hans, president of Resort Maps.

For more information on Resort Maps or to inquire about ownership of a Resort Maps franchise, please visit www.resortmaps.com or call 802-496-6277.

Headquartered in the Green Mountains of Vermont, Resort Maps has been creating and publishing advertising maps in the northeastern U.S. since 1986. In 1993, Resort Maps expanded its reach by creating a franchise model for distribution of its colorful, hand-drawn maps of resort towns and cities. Today, that network of franchises has grown to over 100 Resort Maps in publication in the US and the UK, Costa Rica and Puerto Rico, with several more in the process of being published.  20 million Resort Maps will be printed and distributed in 2010.

For more information on Resort Maps and/or the franchise opportunity, visit www.resortmaps.com or call 802-496-6277.