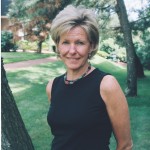 Not too long ago, before 40 became the new 30, the number 29 was the magic number people would use as their age year after year—or “29 and counting”. In celebrating her 29th anniversary with eLove Matchmaking, one of the world’s largest professional introduction services, Norwell resident Brenan McGarrigle is happy to use that same response—29 and counting.

“You don’t hear of too many people working for the same company for almost three decades any more, let alone somebody who loves that job. I’ve been blessed on both counts,” said McGarrigle. “One of the real ironies about my career in matchmaking is that I started dating my husband at about the same time as I started here. Fortunately, that’s 29 and counting, too.”

McGarrigle earned a degree in counseling from the University of New Hampshire. After interviewing for a few social work jobs, she realized that a career in counseling might be a bit depressing because she could only help people so much. Almost accidently, she stumbled onto the opportunity to be a matchmaker with eLove. With more than 600 marriages to her credit in the years since, the rest as they say is history.

“One of the most rewarding parts of the job is that many of the people we matched live in the community and we have kept in touch over the years,” said McGarrigle. “It’s not unusual for me to go to the bank or grocery store and run into one of our clients who’s now happily married with children.”

During the course of her career, McGarrigle has seen a number of changes in the industry. The most notable of those being the advent of online dating.

“I’d be lying to you if I told you the online dating sites made me a little nervous at first. Online dates have actually reaffirmed the way we go about matching clients,” said McGarrigle.

eLove Matchmaking initiates a thorough, one-on-one interview with their clients as well as conducting a mandatory background check. Consequently, eLove matchmakers are in tune with their clients’ likes and dislikes, life and career goals, and values. This not only enables eLove matchmakers to find suitable matches, but to provide information to their clients that in an ordinary dating scenario they might need five to 10 dates to find out that same information.

“There is a bit of a science to what we do but Brenan has a gift I’d like to bottle and share with all our matchmakers,” said Paul A. Falzone, CEO of eLove Matchmaking. “Twenty-nine years doing anything is an accomplishment. What Brenan has done over her career here is extraordinary. When it comes to this anniversary, we really do hope its 29 and counting.”

To arrange a consultation with a professional matchmaker or for a membership, contact eLove toll-free at 877–356-8370 or visit www.elove.com.

eLove is all you need

eLove Matchmaking, the next evolution in dating, has arrived.  eLove is the first “life stage company” within the dating industry to provide different levels of dating services, based on how serious singles are about meeting their soul mate.  Never before has a dating service catered so completely to everyone regardless of their age, sex, or relationship goals. With more than 50 matchmaking offices in 25 states, eLove Matchmaking is everything that singles have been wishing for whether they are looking for casual dating or a serious, committed relationship.